Mike Myers Brought Back ’Shrek’ In The Very Strange ’The... 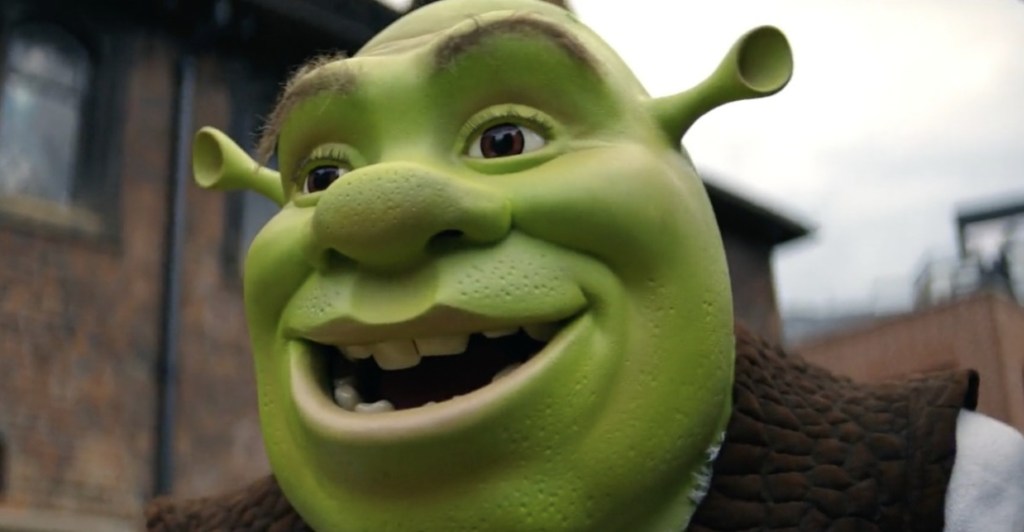 Netflix is having a tough time lately (and that’s an understatement). The streaming service has grown increasingly under fire, both with users and shareholders alike amid falling subscriber numbers. It’s been jacking up prices and intensifying password crackdowns while also cancelling beloved shows (for being too expensive to renew) and also pouring millions into dubious projects that happen to star A-list actors. So let’s just say that the timing of The Pentaverate — in which former SNL great and Austin Powers leading man Mike Myers plays at least 8 characters — is fairly unfortunate because it arrives in the midst of all those criticisms.

Granted, I didn’t make it through too much of The Pentaverate, so I cannot speak to its overall quality, but it feels like sheer excess and bloat from the beginning. Sure, Mike Myers truly commit to all of his characters, so there’s something to be said for that, and much of what happens is immature as heck, but this is also the same guy who brought us Fat Bastard (how Heather Graham didn’t win an Oscar for going to bed with him and not vomiting, I’ll never know) and put “schwing!” into the lexicon. And Myers throws down with absurdity here, portraying a Russian oligarch, members of the press, an Alex Jones-esque radio host, and a fictionalized version of legendary talent manager Shep Gordon. The Pentaverate wasn’t destined to be a lot of people’s cup of tea (nor was The Love Guru), but there’s a well-received scene circulating on Twitter.

That’d be the moment when Myers is tangling with Bigfoot, and Shrek (voiced by Myers for the first time in over a decade) appears out of nowhere. Licensing the DreamWorks character couldn’t have been cheap, but it may have been worth the “wtf” factor:

This is a clip of Mike Myers in his new Netflix series: (The Pentaverate)
And it’s just brings back nostalgic memories by just hearing his voice as Shrek again in 2022! https://t.co/AnnpBDd2a6

Today I watched Mike Myers’ new show #Pentaverate. It’s WILD, CRAZY, CHAOTIC, HILARIOUS, NOSTALGIC and everything it needs to be!

In one episode he’s being chased by Bigfoot and Shrek comes to his rescue, while I’m a believer is playing in the background.🤯

Do be forewarned, however, that anyone who’s inspired to check this show out for the Shrek factor will also witness some full-frontal nudity.

“Are you ready to see Mike Myers’ dick” is never a phrase I thought I would say in my life.

Having watched The Pentaverate in total I think it’s the most committed Mike Myers has ever been to a project. You get to see his dick and balls.

Again, no one expected high-brow fare from Mike Myers, and that’s alright in general, although The Pentaverate does not seem destined to sit at the top of Netflix’s most popular charts for weeks on end.

Someone told me the new Mike Myers show on Netflix was “juvenile” and immature” and I’m like “Do you think we watched Austin Powers: Goldmember for the high brow humor?”